This site is a weight room for Soul revolutionising 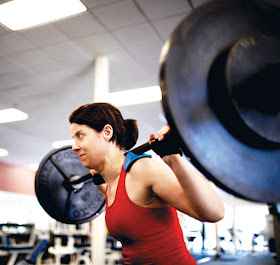 Revolutionising oneself to be a full LSGIA Being is exactly analogous to revolutionising oneself to be a world-class mountain climber or weightlifter or Runner Etc. Revolutionising one's soul as a  LSGIA Being is to literally strengthen the nervous system in the areas associated with what we might term heart, Vision, compassion, empathy, wisdom, creativity, intuition.... . Essentially the limbic system,  the mammalian  part of the Triune brain. This in a culture that has worked very hard and ruthlessly to keep these capacities of the nervous system from gaining strength and instead favoring the strength of those  capacities associated with head and flesh, the cerebral cortex, and Reptilian Brain respectively.. This is a weight room this site for what Einstein referred to as the 80% of the nervous system that we don't use, referred here in as the soul, and secondarily has the heart. For most of us it would take years of training to become a world-class athlete. Unless of course for some reason we had been doing it since birth. It is the same to reestablish the strength and dominance of the LSGIA Being we were born as. If by some miracle we were raised in a community of LSGIA Beings  then we have been retaining and building that capacity without thinking about it. But for almost none of us is this the case. In which case it takes years of training.But this analogy does not hold entirely. Someone who went deaf after they were born occasionally there are operations that later in life can restore hearing. It may take them a long time once it is restored to fully utilize that capacity but it is an instantaneous change. There is something of that in people that come awake to the fact that indeed they were not born as a selfish creature of head and flesh in charge but their natural being is LSGIA Being in charge, loving Soul of goodness in action being. There can be an instantaneous shift that then immediately changes the nature of their being although if Gandhi is correct it can take many lifetimes to fully Master the capacity.So what is the exercise regimen, the workout plan? We are our community. We learn vicariously from those around us. This site is a collection of the Great LSGIA beings throughout history. Those who wish to reestablish their nature will make of these people their community everyday all day long as best they can until they have absorbed the ways of being that these individuals have shown us. It requires deep study, deep meditation, deep pain pondering, having the lives of these people actually filter through one's own DNA. Thankfully in most cases these people have shared who and what they are in detail in their writings. There is no substitute beside going through their writings and choosing to have one's own nervous system incorporate those aspects of these lives that are desired for oneself.To continue the very relevant analogy of someone choosing to be come a world-class athlete, guided mental imagery by whatever name is a central aspect of achieving mastery. And many and probably most of the people at this site have done this and often in a form that they understand as prayer. Not the mystical garbage stuff that many people delude themselves that there is some magician that they can invoke that will do stuff for them. No, they use their imagination and exercise through their imagination the parts of their nervous system that they want to strengthen and be in place. A large percentage of people at this site have used the notion of a God whether or not they believe there is such a thing, have used that notion to put in charge their conscience heart soul LSGIA  being. And many of them have used what has been termed The Lord's Prayer attributed to the man Jesus probably in truth and found in the available Gospels.Probably millions or billions are familiar with the Lord's Prayer and to almost all of those people it really means absolutely nothing, just jargonBut it seems that for some number of decades after the man Jesus was murdered there were people inspired by him to return to their LSGIA  Being by whatever words. And it seems that this prayer was an important part of their process to shape their nervous systems in this way. Leo Tolstoy translated it with other words from his study of the Greek texts and clearly it was Central to who he became, what he shared, and his serving as Central inspiration to the man Gandhi and Martin Luther King jr. A much lesser but more recent student of all this, James McGinley, has found a third version of this of his own imagining and shaping to be instrumental to informing and guiding his nervous system and its development along these lines.The Lord's Prayer