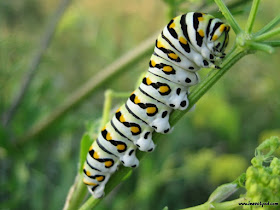 
And maybe every one of us here at LSGIAbeing.com would have given up to the pressure.


We here at LSGIA Being com all have made it or are seriously along the way.  And we will pay any price to help other caterpillars become the butterfly they were born to be.  So we have assembled here from throughout the ages to attempt to be a gathering of experts,  examples,  mentors,  inspiration,  encouragement to the one in a million caterpillars that experience a yearning that they will pay any personal price to express.


Gandhi made it because of seeing the man Jesus through the lens that Leo Tolstoy provided and with additional help from John Ruskin and His Four essays entitled, unto this last.


Jesus made it because of John Baptist, Amos and Isaiah.


All we humans are born with the genetic imprint as LSGIA beings and to remain LSGIA  beings.  The tiny hunter gatherer tribes of 30 people that we originally assembled in many thousands of years ago were perfect environments to actualize into full bloom in adulthood this LSGIA being.  But by the tragic accident of agricultural techniques being discovered 6000 years ago our joint cocoon of 30 person tribes was destroyed and replaced by thousands of people aggregated,  destroying the actualizing Clues, calls, inspirations, contact, intimacy, examples that made the being of butterfly an obvious desirable thing to be.


The all but one in the million will scorn,  ignore,  belittle,  berate,  denounce this LSGIA Being. If they find it.  Exactly as they did to us when we were alive,  after we died,  until someone figured out how to turn us into a safe dime store novel or Grade B movie to amuse caterpillars and help caterpillars feel good about staying caterpillars.


A kind soul asked don't you all want millions to find the site incredulous that the answer could be no.

On a freezing cold damp night out in the forest where a camp of people has gotten stranded and a tiny little spark and a twig coming to flame desperate to give warmth to all those people,  if it were asked,  don't you want 6 big wet logs to find you?  The answer would be a scream, no!!  a few tiny dry twigs yes.