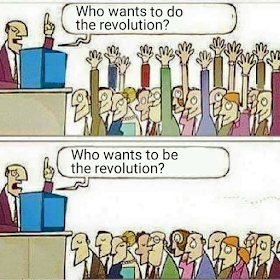 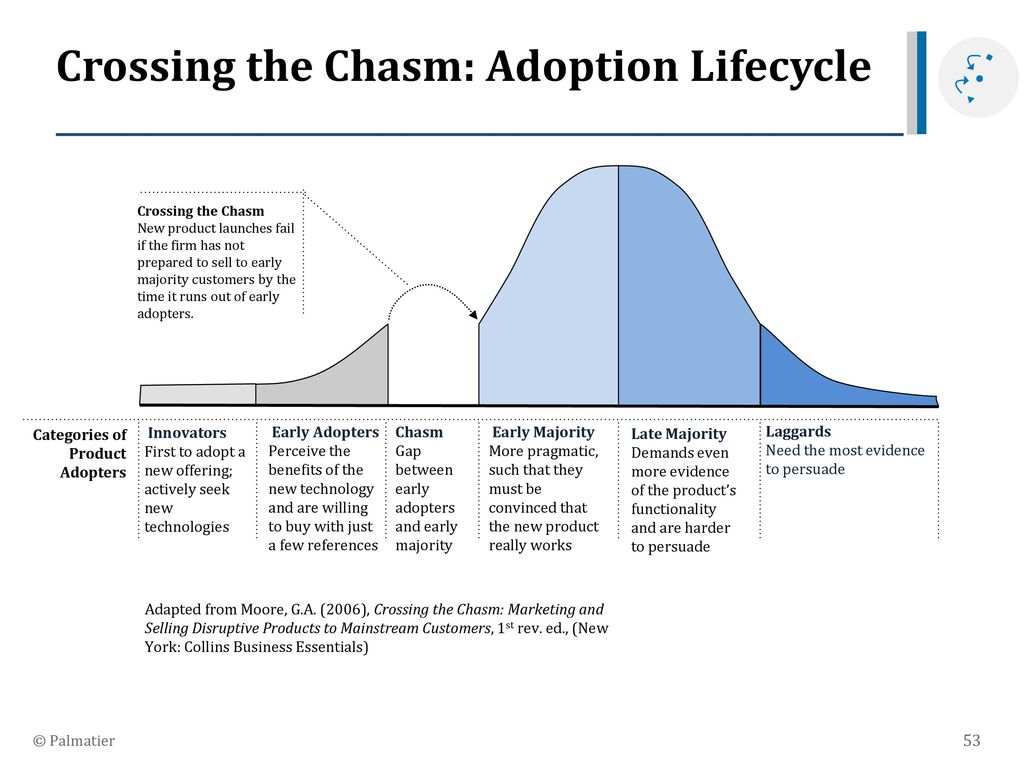 The caption in the picture at the top would better read, who has to be the revolution? Who can't stand not to be the revolution? Free climbing a vertical rock face is for folks that just can't not do it. They can't stop themselves. This site is for people that can't keep their LSGIA  Being enslaved to their head and flesh anymore, and or cannot stand to see this enslavement by others. They just can't do it. It's involuntary. It is going to come out.

The life cycle of things that are new, the adaption of things that are new, especially a new idea that we are born to be loving souls of goodness in action, all new things follow a life cycle that looks something like this figure above. The idea was envisioned by Jeffrey Moore watching promising idea after promising idea die an early death in Silicon Valley California back in the 80s and early 90s. See people would get excited about these ideas and understandably want to take them to everyone as soon as possible. But the math vast majority of any population is so risk-averse, so conservative, so unwilling to make substantial change in themselves or their world, of such little vision that they don't act unless they see lots of other people doing it and if someone asks them to they find it frightening and they instantly become antagonists to that new thing.


New things grow when there are enough Pioneers that have shown that it is desirable to another very small population the early adapters who follows them and now there is a bit larger Group which end early majority can begin to see with favor and follow with enough of the risk having been taken out of the equation.


Most are unwelcome here. Is that cruel or elitist?


Is it cruel or elitist that masses of people are not welcome in a delivery room or a surgical suite?


Is it cruel or elitist not to welcome most people off the street into a PhD course that would cost a lot to attend?


Is it cruel or elitist not to welcome everyday folks onto black Diamond ski slopes or vertical face Mountain climbs?


Is it cruel or elitist to not welcome people off the street into a laboratory attempting to develop a cure for the next plague in time to administer it, offer it, to everyone on the street?


This site is for the one in a million dying to save even the smallest portion of the world, unable to avoid paying every personal price to do so.


It is exactly about every creature alive today and who will be born in the future but it is for the one in a million dying to save exactly those. The LSGIA Beings.